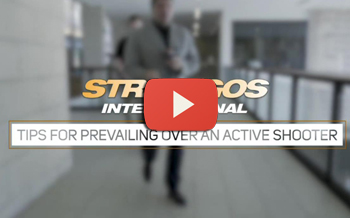 NextGen School Safety Keynoter Vaughn Baker says that knowledge is power to prevail against a violent intruder. But he warns that the natural response to a violent intruder is often completely at odds with what one needs to do to survive. Without training, educators have often:

Vaughn is president of Strategos International whose training received 4.9/5.0 stars by one of the divisions of the Department of Homeland Security — the highest rating ever given to a school intruder response program. A former SWAT team member who won a number of awards, he will present a keynote session entitled When Lockdown Fails! – A Non-Linear Approach Model in Las Vegas.

Impacting the Mood of the School: Baruti Kafele